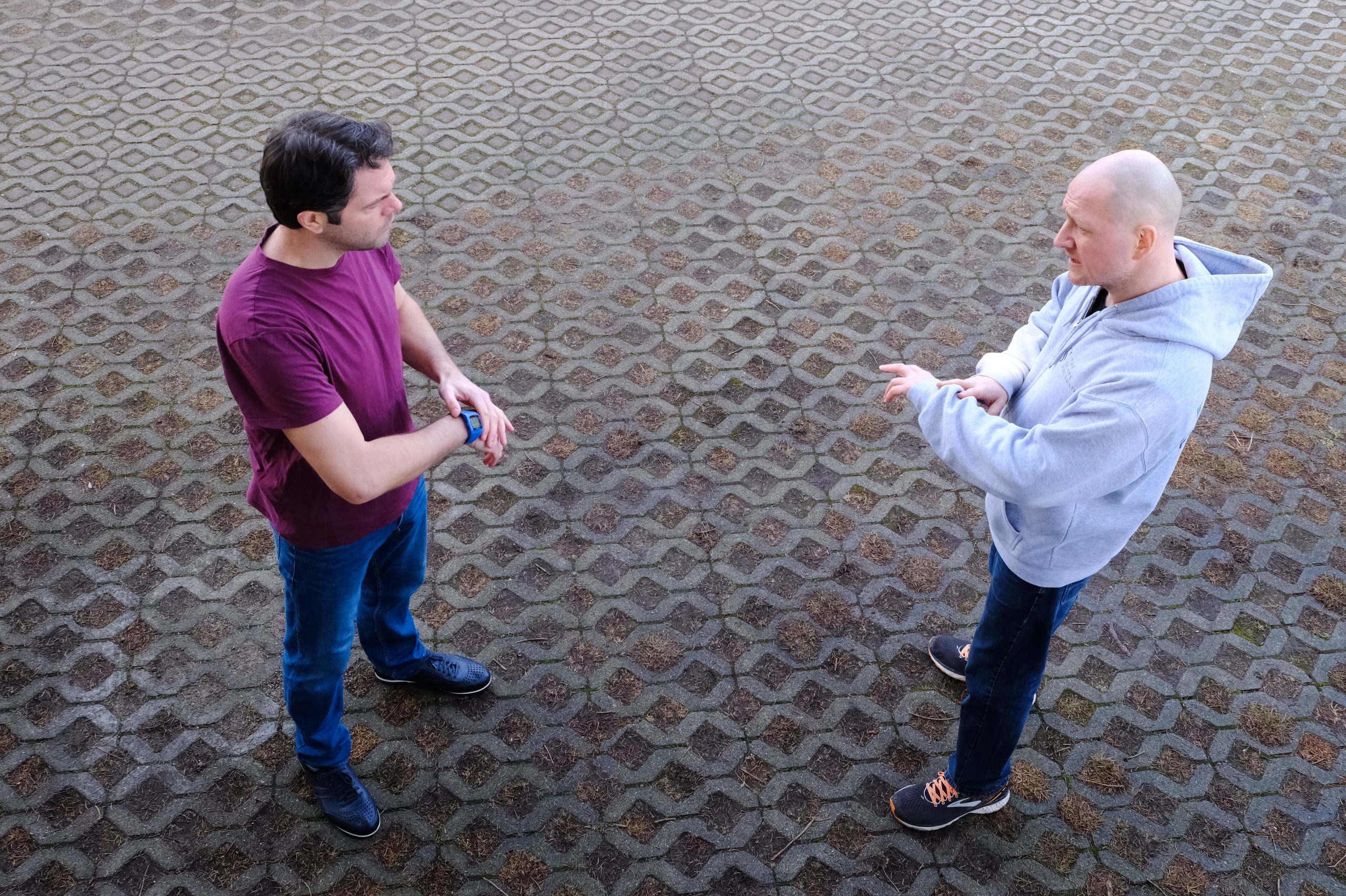 When approached by strangers, don’t allow them to get too close to you. In the first photo, the man in gray asks what time it is. But it’s not necessary for him to be so close; attackers often use a pretense to close the distance before attacking. Also, the other man diverts his attention to look at his watch, leaving him vulnerable.
Instead, try to position yourself as in the second photo, keeping at least two meters of distance and keeping your eyes on the person as you interact with him. 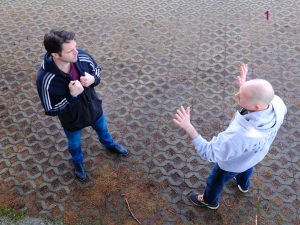 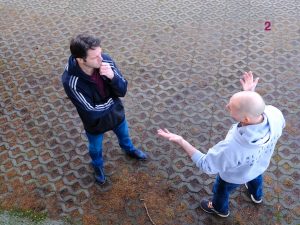 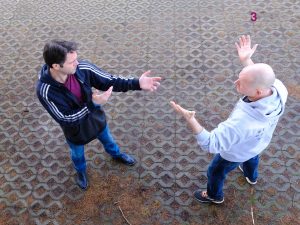 The man on the right is a possible threat. The man on the left maintains a non-aggressive stance, yet keeps his hands forward and high, ready to defend himself if attacked. This hand positioning is known as “The Fence.” Photo 3 shows the safest Fence, because the defender can keep his hands high and in motion, as if gesturing while speaking. 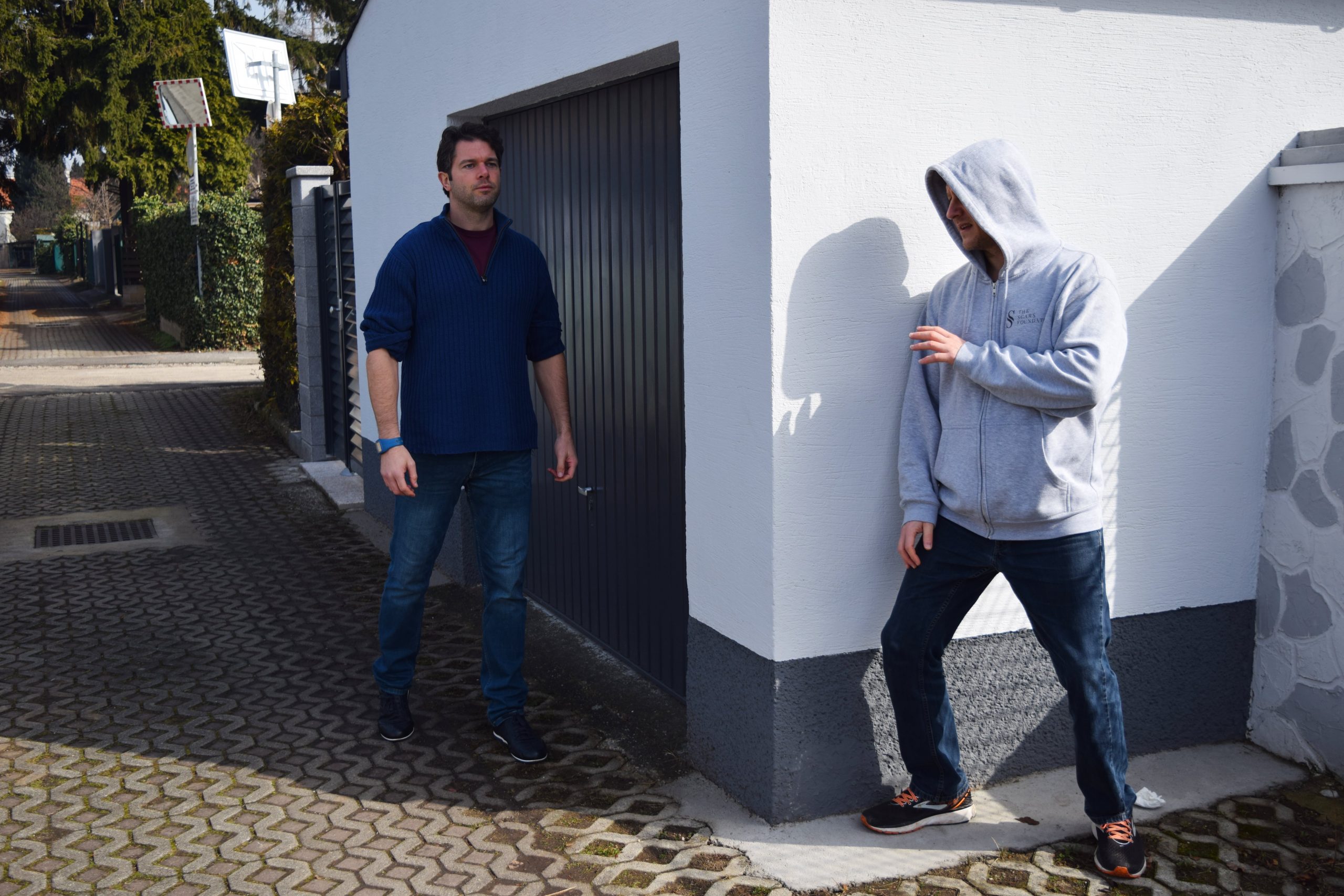 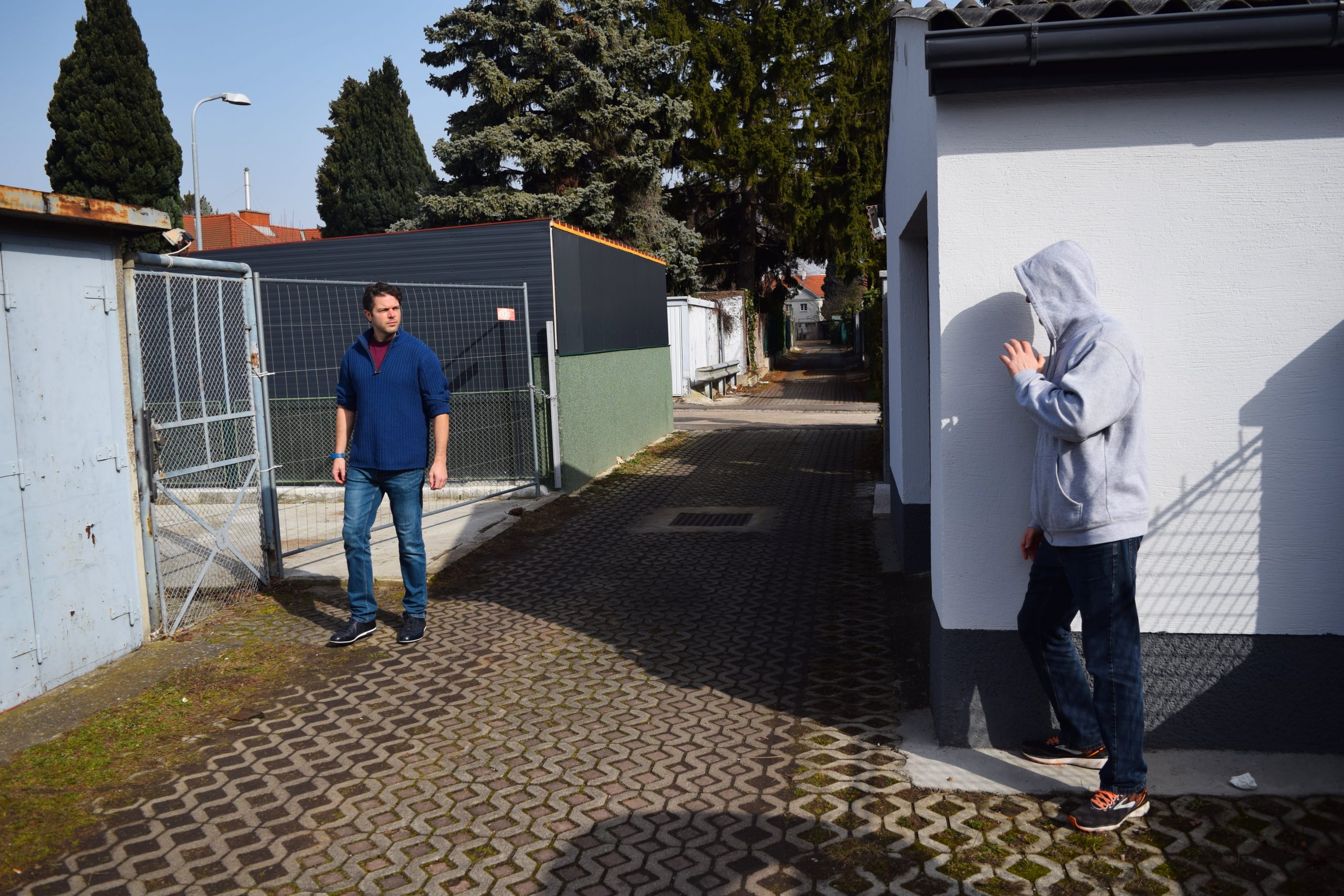 Attackers often utilize the element of surprise, and prefer sudden ambushes. When walking in unfamiliar areas, ask yourself: where might an attacker lay in wait? The first photo shows a man in Condition White, oblivious to his surroundings. The second photo shows a smarter approach, maintaining distance from places where attackers may hide while also looking out for possible danger.